‘You cannot deny Lalit Modi’s imprint on IPL, you can question the way he ran it’ The IPL media rights saga is over but the league is again in focus. This time the attention is on its founder, Lalit Modi.

Noted sports historian and journalist, and Founder RevSportz, Boria Majumdar’s new book ‘Maverick Commissioner’ is an insider account of what led to the ouster of the man who changed Indian cricket forever.

According to Majumdar, this book is not a biography of Lalit Modi, nor his official version either. This book gives the man his due and documents in black and white what the story is.
Majumdar spoke to e4m about his new book and more.

Why this book and why now?

I was first asked to write this book by Vishnu Vardhan Induri, who is the producer of the film 83.

He wanted to know about the next big cricket moment in India after 1983, and no doubt it's the IPL. Induri wanted me to do something that could document the formation of IPL and Lalit Modi in good and bad, and not a whitewashed biography.

So, this is not a biography of Lalit Modi, this is not his official version either. This book gives the man his due and documents in black and white what the story is.

IPL is one of the riveting stories of modern India creating its first global sports brand that is speaking out to the world. It’s a story waiting to be told. I don't judge Lalit Modi in this book, instead,  I leave my readers to judge him.

It's said that Modi’s personality became bigger than IPL and that finally led to his ouster?

IPL belongs to every Indian and not to the board (BCCI) or Lalit Modi, not to the sponsors or the broadcasters. IPL was turning into Lalit Modi’s legacy and that is perhaps why he couldn't stay on.

But you have to give it to him because without him there was no IPL. However, the institution is far bigger than the individual. Ultimately, he was banking on the passion of the Indian cricket fan. For me, IPL belongs to the fans.

With IPL, cricket has changed forever. Look at the Rs 50K crore, today the cricket ecosystem has become a self-sustaining industry, thanks to one property.

Do you think IPL has become an overpriced property?

No, I don't think so. It’s definitely viable. When Sanjiv Goenka, (Chairman, RP Sanjiv Goenka Group) put in the Rs 7K Cr bid, people thought it was over the top and an ego bid. Now, when you put it in the context of the recent media rights bids, all of these teams will be valued at a billion-dollar-plus, and each of them will be unicorns in a couple of years.

Also, if you see, there is not a single brand that is pan-India, not even Bollywood. The only pan-India brand is the IPL.

Disney-Star and Reliance-Viacom are some of the world's top companies with some top minds working for them, and such bids should make business sense, that is why people are bidding what they are bidding.

Will IPL be able to shrug off the Lalit Modi imprint?

You cannot deny Lalit Modi’s imprint on the IPL. The institution of IPL will always be bigger than the individual. He made the IPL, and in doing so made his own destiny. He had a meteoric rise and subsequently an even bigger meteoric fall. It is that. You can never deny his role. Yes, you can question the way he ran it.

Had he not taken the calls in the manner he did, would there have been an IPL? So, when we judge Lalit Modi, we have to judge him keeping these parameters in mind.

The overall deal for the 2023-27 cycle is 2.96 times or 196% higher than the previous IPL rights deal (2018-22). Do you think marketers will be willing to loosen their purse strings given the fact they had some concerns last season?

The TV ratings shifted in the middle, although the last four games were brilliant. There is one fundamental reason - and that is what Lalit Modi got right, and the BCCI will get right next year - there was no home venue. A Kolkata Knight Riders fan following a KKR match in Mumbai is never going to be the same. It has to be the Eden Gardens.

A Chennai Super Kings Fan in Chennai will always be different compared to a Chennai game in Pune. It has to be played on the home ground and it's premised on that rivalry.

With Covid under control and with crowds allowed, BCCI will get it right next year.

Has the IPL bid reinforced that India is a one-sport nation?

If you see, in the middle of the last IPL, India won the Thomas Cup and if you see the news coverage, it got more space than the IPL.

Look at PV Sindhu, she has some 20 brands, next only to Virat Kohli. Look at the way badminton stars are getting the sponsorships, look at the way our Prime Minister is involved. Neeraj Chopra today is the biggest brand today in India post-Tokyo. I think India is at the cusp of a sporting revolution, and the IPL is way ahead in terms of the brand. But that doesn't mean we cannot be a multi-sport nation.

Why should people read this book? Three reasons. 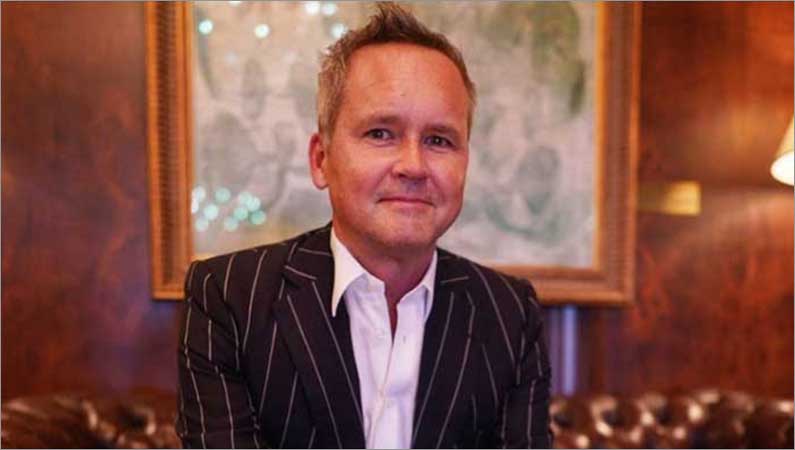 Very few markets have the potential that India has at present: Arun Kumar, IPG