Andrew Ellenthal, Global EVP - Sales and Client Servicing, MediaMath, spoke to e4m during his recent India visit about the evolution of digital advertising, ad tech and the scope of Connected TV 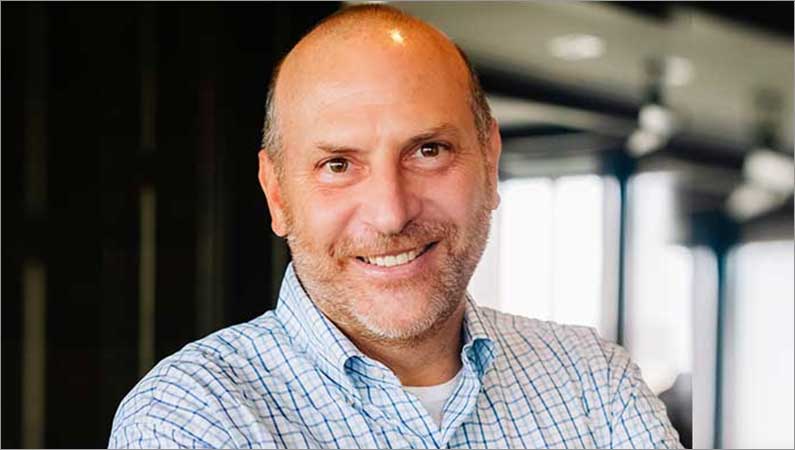 On his first whistle-stop tour of India as Global EVP for Sales and Client Servicing at MediaMath, Andrew Ellenthal, who joined the company in July, found a market vastly different from the one he had previously had experience with.

“I’m relatively new to the company, and this was my first opportunity to come to India. Of course, I’ve done business with companies here before, but this is the first time I’m coming here,” says Ellethal, who went around meeting the team in Mumbai, Bengaluru and Delhi. “They’re all talented and enthusiastic and have thoroughly succeeded in exhausting me, in the best way,” he quipped.

The New York-headquartered MediaMath began operations in 2007, and was among the first demand-side platforms in the market with a modern-day vision of being “the leading technology pioneer on a mission to make advertising better”, using a plethora of proprietary, bleeding-edge ad tech. The company works with over 3,500 advertisers from and out of 15 offices around the world.

Ellenthal himself has over two decades of experience across media and ad tech spheres, including previously serving as CEO of STAQ as well as Peer39 and Quadrant One. “I’ve had the opportunity to work across different segments of ad tech, and I remember 15-18+ years ago brands had no idea about digital media but they knew how to get their messaging across using video on the big screen. And that has now evolved completely, using these new formats,” he says.

And one of the biggest markets embracing these evolutions is India, which, Ellenthal notes, has become, “an exponentially more sophisticated market since my first exposure to it, which may be a bit dated. The sheer size of the overall economic opportunity here, from the multiplying and diversification of the middle class, the cheap availability of both data and mobile phones, and so much more, make the sheer volume of media in India is something I haven’t seen in other markets.”

“Six, 12, 18 months down the line, India will be a more mature market than it already is today. There are lots of agencies and clients who are very tech savvy and already know what they want, and we can deliver that, and more, to them,” he adds. And one area he’s especially tuned into is Connected TV.

“CTV is one of those trends that is inevitably coming, the only question is of when. And while India is definitely a mobile-first market, I think that it will gravitate more towards big screens over time. There is a proliferation of cheap screens and devices, and there is a ton of OTT content,” he observes, adding however that when it comes to watching something, whether it’s a YouTube video or content from OTT platforms, while mobile screens will never go away, the interactive and multi-viewership experiences offered by CTV on big screens will be on another level.

“Advertisers understand it (CTV), because it’s just a different delivery mechanism compared to linear. Then you have targeting, and (hopefully) measuring capabilities that are superior, and so they will gravitate towards it,” asserts Ellenthal.

And MediaMath is confident of catering to this emerging market, as it is of its ability to work across the spectrum of advertising and media.

“For us, it starts with education. We want all our employees to be experts in all the various segments of video, TV and CTV, so that they know and can communicate it as fluently as they have been for display ads in terms of how banners work, java script runs, and basically how the sausage is made,” says Ellenthal. “When it comes to clients, I think globally, they have a huge appetite for learning anyway. Then it comes to testing, which is very important, and evolving markets like India are great for testing things that have worked in other regions and seeing what works.”

And speaking of what’s working. “From a consumer engagement perspective, long-form video trumps short-form video, at least from a marketer’s perspective. That being said, we all know how effective a really well-placed, highly targeted ad within a short form format can be,” says Ellenthal, “It’s our job as a technology company to be able to offer solutions for both those media forms,” he concluded.